Rosacea is a common but poorly understood long term skin condition, that affects mainly the face. It is thought 1 in 10 people may suffer with this condition however most people are never formally diagnosed or treated. It most commonly affects people with fair skin but can also occur in people of Asian or African origin, affecting both men and women, but tending to be more common in women. 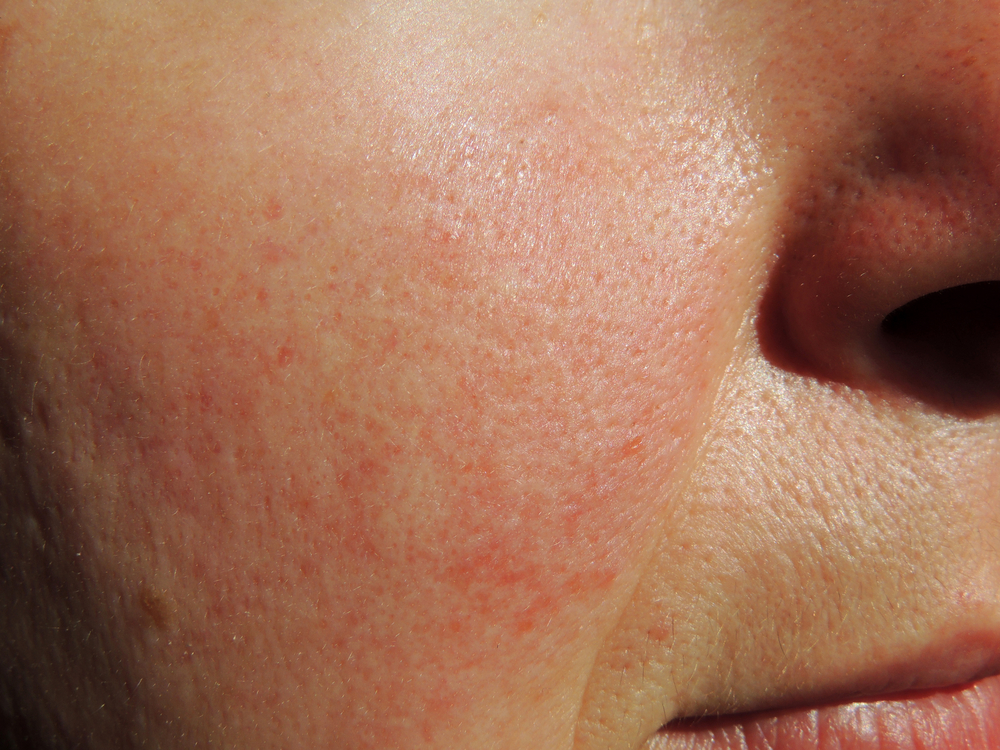 There is no cure for Rosacea, although there are a number of management therapies, which are measured in terms of how much the treatment decreases the number, duration, and intensity of flares, and reduces the symptoms such as the amount of facial redness and inflammatory lesions, itching, burning, and tenderness. Some medications are beneficial but often produce only temporary relief and the redness typically returns shortly after treatment is suspended.

Avoiding triggers that worsen the condition can help reduce the onset of symptoms. As sunlight is a common trigger, avoiding excessive exposure to the sun and using sun protection daily may be of benefit. As well as avoiding prolonged exposure to cool environments. Also, keeping a food diary can highlight if any food or drinks exacerbate symptoms.

Micro-needling has proven results in reducing and managing the appearance of redness inflammatory lesions, and visible blood vessels caused by Rosacea, and in turn reduces the itching, burning and stinging sensations. Micro-needling stimulates epidermal growth factor within the skin, increasing the density of the epidermis and lessening the appearance of vessels and redness. It also strengthens the collagen within vessel walls and connective tissue, and increases the availability of cell nutrients. Micro-needling also increases platelet GF attracting monocytes which cause the release of anti-inflamatory cytokine, which helps treat symptoms of inflammation that occurs with Rosacea.

Questions about this condition?